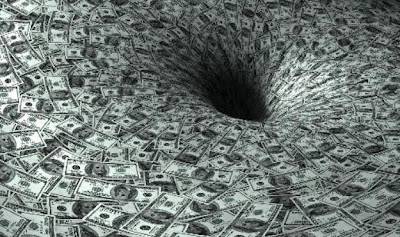 Connecticut is in the red by over 3 billion dollars for each of the next two years. I guess for some that smoking hole isn't big enough or deep enough:

A week after lawmakers reached a compromise that leaves SustiNet backers short of their goals, leaders of the push for the proposed state-run health http://www.blogger.com/img/blank.gifplan told supporters that the fight isn't over.

House Speaker Christopher G. Donovan, one party to the compromise, told the crowd that their goals would be achieved.

"We're going to open up the [state employee health insurance] pool to cities and towns and eventually, small businesses," the Meriden Democrat told hundreds of SustiNet supporters who filled Hartford's Union Station Wednesday evening. "We're going to create that public option in Connecticut so that everybody can afford health care."

SustiNet is the proposed Connecticut version of ObamaCare/RomneyCare. The name is taken from the Connecticut state motto: Qui Transtulit Sustinet, variously translated as "He who transplants still sustains" or "He who transplanted still sustains". Like ObamaCare proponents of the plan like to double count savings. At the same link we learn that SustiNet claims additional state revenue because they forecast some state residents would lose their employer provided health care coverage should the plan pass. Typical, the additional 'revenue' is counted, but the additional cost of higher enrollment is not.

If you live in Connecticut and this boondoggle passes, do yourself a favor and transplant...
Posted by Mark at 7:05 AM 1 comment: