When I was 13 I think every time I had to speak in class I came close to crapping my pants. There's no way I could be this polished now, and I'm 30 years older than this kid:

One of the best signs so far from yesterday's Tea parties. This comes via Dave from the At The Point of a Gun blog: 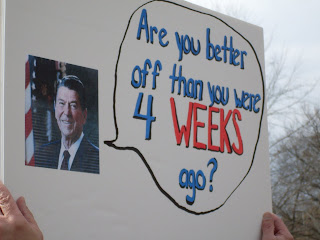 On Twitter jgillmartin pointed to a post at Powerline which features some artwork courtesy of the Tennessee Republican Party. I believe this will lead to Kevin Bacon in four more steps...

After all that, here's the pic:

Toon of the day 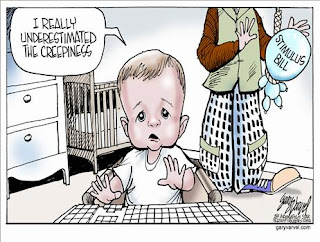 No Bias at all

From the "We're not in the tank" file, comes another bit of iconography from AP via Yahoo news 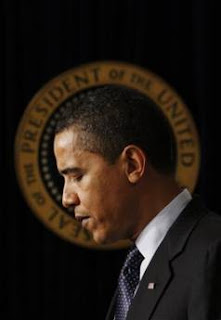 The Swiss get it right - Maria Not Sharia!

Via Creeping Sharia, comes this picture and story: A poster of the Swiss People’s Party (SVP) campaign for stringent immigration laws is placed beside a road in the town of Bremgarten, south of Zurich February 16, 2009. The poster reads: ‘Maria not Sharia!’. REUTERS/Arnd Wiegmann (SWITZERLAND)

Speaking of the Swiss, the SVP wants to punish us. Well, our government at least.

The right-wing Swiss People's Party (SVP) called on Saturday for retaliation against the United States over a U.S. tax probe into the country's biggest bank UBS that threatens prized banking secrecy.

The populist SVP, the country's biggest party, said Switzerland should not take in any detainees from the U.S. prison for terrorism suspects at Guantanamo Bay in Cuba, which the Swiss government said last month it could consider to help shut the camp down.

Switzerland should also reconsider its policy of representing the United States in countries where it has no diplomatic presence, the parliamentary SVP said in a statement.

Great... another foreign policy success in the making. But the administration must be working hard... I mean pissing off the Swiss. That's gotta require lots of work.
Posted by Mark at 1:34 PM No comments:

I'm not so sure about the VP spot... but who else? 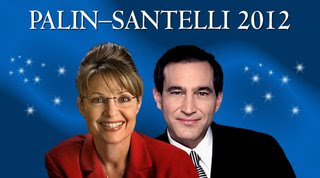 Email ThisBlogThis!Share to TwitterShare to FacebookShare to Pinterest
Labels: 2012, Palin 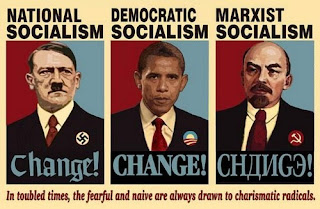 Coolest use of Android yet

File this under Gadget envy, cross indexed with "too much time"... Either way, it's cool.

I guess we really shouldn't be surprised, as the United States rushes headlong to embrace the fetid corpse of statist socialism: Venezuelan voters have given Chavez approval to run for re-election. For ever. So as our own economy shrinks, at least we'll always be able to say "well, we're not Venezuela." At least until oil prices rebound. At least Venezuelan socialist allow their country to exploit their oil.
Posted by Mark at 7:00 AM No comments:

She's 12 and pro life. Kids are funny that way.

Sadly, they've had to disable comments on this video because of... well, you can guess.
Posted by Mark at 9:12 PM No comments:

Wow. And I've already blown so many of them.

So my G1 phone has a program called "Lol Cat Builder". It's something to do during meetings and briefings... 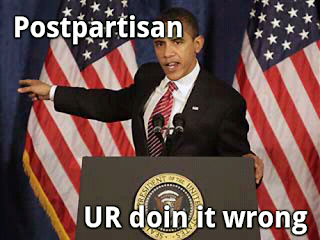 It's like Viagra or Cialis... only it costs a little more:

H/T ExUrbanleague
Posted by Mark at 1:03 AM No comments:

Back to using You Tube... If for no other reason it's easier for G1 and iPhone users.

I don't recall seeing this earlier, put it's been on YouTube for at least a year:

The real question: What happened to VW sales in the Arab world after this came out?
Posted by Mark at 8:56 PM 3 comments:

So The One says he "screwed up" with Daschle... and presumably Nancy Killefer too. But Geithner wasn't a screw up?
Meanwhile, Irishspy links to a piece by Jonah Goldberg on the hypocrisy of the Dems:

During the presidential campaign, Joe Biden insisted that paying your taxes is a patriotic duty. No, scratch that. He said that supporting a tax hike was the American thing to do. "It's time to be patriotic," he told America's putative tax slackers. When asked whether he might be questioning the patriotism of people who don't want higher taxes, Biden, as is his wont, took things to the next rhetorical level. Forget patriotism, insisted Joe, paying higher taxes is a religious obligation.

The man who gave an average of $369 a year to charity over the previous decade fulfills his religious obligations by cutting a tax check -- a check he's required to cut by law.

The Heritage Foundation at their Foundry blog point us to a piece in the The Weekly Standard on the woman who would be Secretary of Labor, Hilda Solis:

The lead from TWS:

A seemingly innocuous letter sent to the Clerk of the House of Representatives last Thursday by President Obama's Secretary of Labor nominee Hilda Solis raises serious and troubling legal questions about her nomination and apparent violation of House ethics rules. Not only was she involved with a private organization that was lobbying her fellow legislators on a bill that she has cosponsored, but she apparently kept her involvement secret and failed to reveal a clear conflict of interest.

Back to The Foundry:

On January 29, Congresswoman Solis filed a letter with the House clerk detailing her involvement. Much like Tom Daschle, Timothy Geithner and Nancy Killefer, her “honest mistake” was uncovered only when she was seeking a Cabinet appointment. This time, Solis says she “incorrectly answered” a question that directly asked if she was a member of any organizations like ARW. Apparently, she forgot that she was handling all of the finances and leadership of an organization that was pressing her colleagues to vote in favor of her own pro-union legislation.

Hans von Spakovsky points out in his Weekly Standard column that the Ethics Manual of the House of Representatives is quite clear that Members should not “take an active role in lobbying Congress on behalf of a private organization since that would conflict with a Member’s general obligation to the public.” Even if these circumstances didn’t warrant an ethics investigation, they surely would require the President to investigate whether his nominee has a clear conflict of interest as Labor Secretary. As of today, she is still listed as a Board Member on ARW’s website.

President Obama has repeatedly praised his own attempts to restrict lobbyists from working in his administration on issues they previously lobbied on. It appears the White House has added an asterisk to that promise when necessary. The latest is even more troubling in that Solis was a member of Congress when the lobbying occured. We certainly hope Congresswoman Solis can provide a reasonable explanation for what may be very serious lapses in judgment.

The lull between the Super Bowl and baseball opening day just got more interesting...
Posted by Mark at 7:27 PM No comments:

Another installment of Newsbusted. I'm trying the eyeblast version of the embed:
Posted by Mark at 7:41 PM 1 comment:

As a Patriots fan, I can sympathize with those Cardinal fans who saw a late lead vanish due to an improbable drive.
Congratulations to the Stealers. Now let's just hope this is true...
Posted by Mark at 5:57 AM No comments:

Update: Welcome to my fellow Theo Spark readers!
Twitter amazes me. I have found some surprising stuff Twitter. One of the things I've discovered is a movie called Brothers at War. Two brothers are soldiers deployed to Iraq and their filmmaker brother travels to Iraq to find out "why". I hope this movie makes it into theaters soon:
A longer trailer from Youtube:
Posted by Mark at 8:24 AM 3 comments: