Of Interest to Every Marine

A letter to Marines from a Marine on the USMC in Iraq. 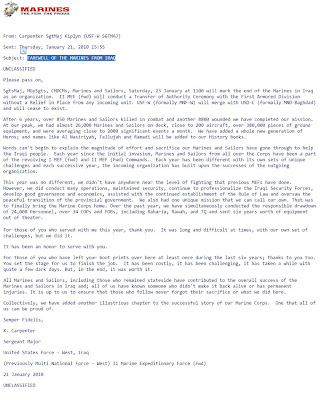 One President. One administration. 3 officials from said administration. 1 "party line" on jobs created? Not so fast, my friend. According to Politico, three flacks from the administration were on three different shows... and gave three figures for the fabled "jobs saved and created" meme:
From The Politico:

White House advisers appearing on the Sunday talk shows gave three different estimates of how many jobs could be credited to President Obama’s Recovery Act.

The discrepancy was pointed out by a Republican official in an email to reporters noting that “Three presidential advisers on three different programs [gave] three different descriptions of the trillion-dollar stimulus bill.”

Valerie Jarrett had the most conservative count, saying “the Recovery Act saved thousands and thousands of jobs,” while David Axelrod gave the bill the most credit, saying it has “created more than – or saved more than 2 million jobs.” Press Secretary Robert Gibbs came in between them, saying the plan had “saved or created 1.5 million jobs.”

Read the whole thing to get the quotes in more context. But you'd think a well oiled machine like the Obama administration, run by the best and the brightest could at least have a huddle and settle on one lie before they fanned out for the Sunday yak-shows. Maybe they are getting their statistics from recovery.gov, a website that makes up Congressional districts and can't even get zip codes right.
Jarret did speak some truth. The jobs saved were government jobs. I have nothing against teachers, cops, etc. I, in fact, am employed by government. We government workers are net drains on the economy. And we do not deserve more consideration than folks in the private sector.
Posted by Mark at 6:46 AM No comments:

I clicked on a link to Talking Points Memo posted on Twitter to see how they will be reporting the Senate race in Mass. I noticed they had a few pictures of Coakley and Brown on their main page. Every picture of Brown was pale, washed out looking. Every picture of Coakley appeared to benefit from some post processing. Photoshop for the Democrat, but not even a Picasa "I'm feeling lucky" click for the Republican?
A couple of examples: 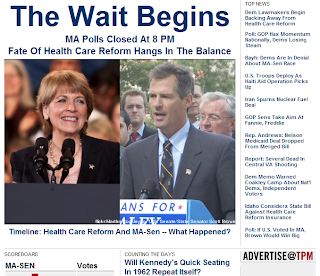 An Israeli View of US Airport Security

The Israelis know a thing or two about airline and airport security. And they know ours really is a joking matter. H/T Brian of London via twitter. And if you don't all ready listen, you should really check out Shire Network News, and the "full fat, non-Vegan podcast".
Posted by Mark at 5:58 AM No comments:

I love the variety of speakers you see in the TED talks. Astronomers to Zoologists, and everything in between; including a young woman who needed a hip replacement. In Canada. So it would be free, and all. She would just have to wait. But she didn't want to wait (and I can't blame her for that!). So she did what she needed to do to get her surgery done quicker. She can justify what she did, but it just shows an Animal Farm-esque form of favoritism, if not downright corruption:

This video is of KT Tunstall performing on a UK tv show called Later with Jools Holland. Watching her technique is an education. But good lord, what is she wearing on her feet?
Posted by Mark at 10:40 PM No comments:

Email ThisBlogThis!Share to TwitterShare to FacebookShare to Pinterest
Labels: Music

Did Patton Say That? 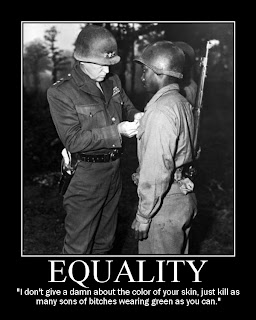 The quote in this "motivator" sure sounds like Old Blood and Guts... as they say around the blogosphere "too good to check". Via Hookers and Booze
Posted by Mark at 7:37 PM No comments:

NCTC Boss Just Phone'n it in

So, you're the Director of the National Counterterrorism Center and there is a terror attack within the United States. What do you? Well, when the going gets tough, the tough go... skiing?
But hey, you were keeping in touch via BlackBerry. And these things happen every day; it was a failed attack; a lone nutcase; um, ... uh, shutup.
This guy's operation is the primary ball dropper in this whole fiasco. Where did the State Department and CIA information go? Three guesses, and if you need more than one you lose.
From the New York Daily News:

WASHINGTON - The Obama White House rushed Thursday to defend a top counterterror official who went on a ski vacation for six days after an alleged Al Qaeda bomber attempted to blow up a plane over Detroit on Christmas Day.

Michael Leiter -- whose National Counterterrorism Center failed to connect dots on suspect Umar Farouk Abdulmutallab -- came under fire for being away from his intelligence clearinghouse at the height of the crisis when it was still unknown if other terrorists were on their way to the U.S. 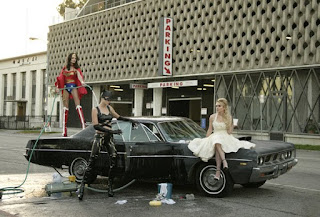 I'm not sure what this picture means.... except maybe it's all ready a long winter?
Posted by Mark at 8:47 PM No comments:

Email ThisBlogThis!Share to TwitterShare to FacebookShare to Pinterest
Labels: Humor

Some joker on Facebook has started a "Dump Janet Napolitano" group....
(OK, that joker would be me...)
Posted by Mark at 3:56 PM No comments:

Does Politico really think that terrorism on their watch is the Democrats worst nightmare? Does Politico think the Dems think terror on a Republican President's watch is less bad? Well, they are pretty well plugged in...
There's a lot of things I'm willing to believe about politicians in general, and Democratic ones in particular, but surely not this?
But then we heard from the Secretary of Homeland Security that "the system worked". When last heard from Ms. Incompetano was informing the Arab world that she would work to prevent any anti-Muslim/anti-Arab backlash after the Fort Hood jihad shootings. I guess her hard work paid off as I don't recall any Muslims being beheaded, stoned to death or hanged from construction cranes.

Then we read that the White House "calibrated" it's response to the Christmas Day attack. We learn the attacker's lawyer has handled terror cases before. Miriam L. Siefer allegedly forged documents in a previous terror case in Detroit. No wonder the enemy combatant suspect has stopped being talkative. He's lawyered up and may even entertain thoughts of beating the rap.
Worst head line ever... because it's true. And that is sad.
Posted by Mark at 12:06 PM No comments: